Dallas Office Space – Just Give me the Facts!

Despite the economic challenges experienced across the United States, one area that remains strong is Dallas Texas. Now that the economy is 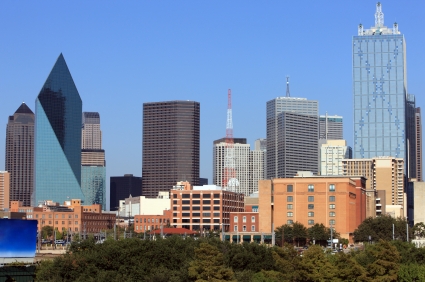 Due to increased employment, the demand for Dallas office space has increased, resulting in declining vacancy rates and a decrease in availability of sublease space. Much of the job growth is contributed by small businesses, which accounts for 80 percent of the companies in the Metroplex, employing 40 percent of the workforce.

Job growth is beginning to fuel the leasing demand in the region. The vacancy rate for Dallas office space dropped to roughly 20 percent at the end of the first quarter. The availability of subleased space at the end of the quarter was 5.3 million square feet – a decline of more than 925,000 square feet from last year. Currently, the office leasing market in Dallas-Fort Worth runs at a total of 226 million square feet, leaving the annual cost for office space at an average of $18.22 per square feet. Construction has tapered off to 281,600 square feet and is expected to stay dormant throughout the year which will help improve the basic market.

Ideal Place to Establish a Business

The economic conditions and the commercial real estate market in the Metroplex makes the region a suitable place for establishing and conducting business. With so many metropolitan areas currently in a soft commercial market, this certainly is a signal that the Dallas Fort-Worth area will be stronger than ever as the overall economic condition in the United States recovers.

When considering the establishment of a business, a Dallas office space is one of the best locations to consider. The economy of the region is fairly stable when compared to most major cities in spite of the overall economic ups and downs. Best of all, the plain and simple facts are that there is plenty of Dallas office space available at affordable rates with plenty of expansion space to allow for business growth!